Since the moment John Deere’s first polished-steel plow creation in 1837 turned into John Deere the manufacturing company just a year later, the company has been developing agricultural equipment to simplify the crop production process for America’s farmers.

John Deere combines have been an instrumental vehicle in assisting this process for 86 years, giving farmers top of the line generational technology to thresh and harvest their crops, maximizing production. Let’s take a look back in time and visit some of the most memorable moments in John Deere combine history. 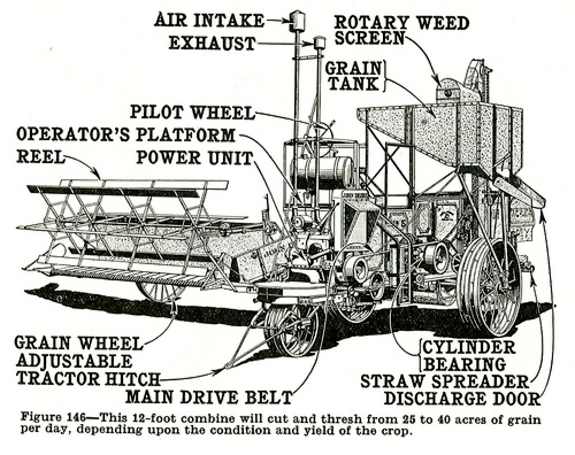 The company produces its first combine harvester, the John Deere No. 2 in 1927. A year later, this innovation is followed up by the introduction of John Deere No. 1, a smaller, more popular machine among customers. By 1929, the No. 1 and No. 2 are replaced by newer, lighter-weight versions.

In the 1930’s John Deere and other farm equipment manufacturers began developing hillside harvesting technology. Harvesters now had the ability to effectively use their combines to harvest grain on hillsides with up to a 50% slope gradient.

The first self-propelled combine, the model 55, was introduced in 1947. Soon after, in the mid-1950’s, Deere introduced attachable corn heads, allowing crop producers to cut, shell, and clean corn in one smooth operation. 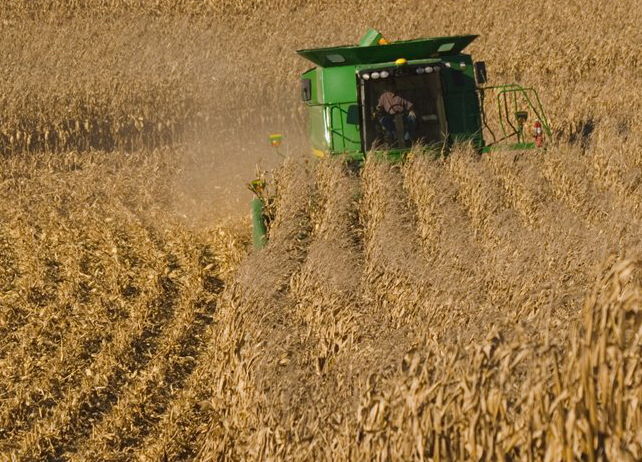 Produced in the 1970’s, the “New Generation” of combines were developed, including several models such as the 3300, 4400, 6600 and 7700. These models were also the first to come with Quik-Tatch header mounting capabilities.

The Single-Tine Separation (STS) system was introduced in 1999, representing a step forward in rotor technology among combines. The STS system utilizes less power and improves material handling. Several STS models were created, including the 9760, 9770, and 9870, to name a few. 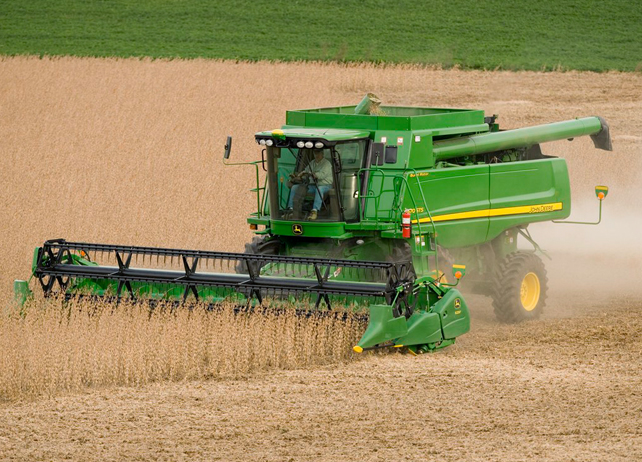 In 2010, John Deere Harvester Works produced its 500,000th self-propelled combine. Since then, several new innovative combine technologies have been introduced, including those unveiled at the 2014 John Deere Product Introduction.

For 86 years, Deere and Company has been developing equipment to assist farmers across the world. We hope this brief look back in John Deere combine history offered some insight into the development of technologies over time.